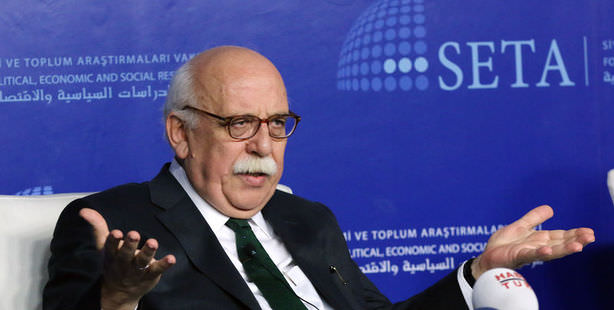 National Education Minister Avcı explains that they are working on a formula to compensate for losses in the closure of ‘dershane’ exam preparation schools and says that 20 percent have the capacity to make the transition into a private school, while the remaining 80 percent could remain operative as open-education high schools.

National Education Minister Nabi Avcı has announced a series of new incentives for transitioning 'dershanes', which are prep schools for high school and university placement exams, that will soon be either shut down or transitioned into private education institutions.

Speaking at a panel on national education held by the Foundation for Political, Economic and Social Research, Minister Avcı delivered the good news that approximately 20 percent of the currently operating 'dershane' prep schools will be able to transition to becoming a private school, while the remainder will be able to transition into becoming open-education schools. Avcı also stated that student registration for 'dershanes' will come to an end in January and shared that the ministry is currently engaged in establishing an interim formula to ensure financing by August.

National Education Minister Avcı explained that only 20 percent of prep schools have the capability of transitioning into private schools and therefore they have had to formulate a transitional program for the remaining 80 percent of these 'dershane' prep schools. The ministry has been working on preparations for this transition in the education system for two years now; however, overall efforts on the issue have been ongoing for ten years. In accordance to the National Education Ministry's strategy program for 2010-2014, as of the end of 2014, all currently operating 'dershanes' will have transitioned into an alternate form of educational institution, such as private schools, open-education high schools or public training centers.

15 HOURS OF EDUCATION AT OPEN-EDUCATION HIGH SCHOOLS: When the mandatory education was increased to 12 years, the demand for open-education high schools also rose. Avcı explains that they are also evaluating the possibility of 'dershanes' also transitioning into open-education high schools. "We have 1.2 million students currently registered in open-education schools. In such schools, a minimum 15 hours of classroom education could be provided weekly, while the remaining 15 hours could be conducted as distance education. There is a request for a two to four year timeline for those planning to transition into open-education schools and a decision will be made based on the predominant views," stated Avcı.

As for those 'dershane' owners that assert they will not be able to transition to either a private or open-education school system and at the same time do not want to offer specific courses, the ministry may then take these locations over in order to transform them into public training centers added Avcı.

THE JANUARY-AUGUST FORMULA: The ministry will be holding a series of workshops to come up with final alternatives that will be presented at the Council of Ministers meeting. Avcı also mentioned that sector representatives are concerned they may suffer serious financial losses as they transition into private schools if they are not allowed to register students as of January. "We are well aware of the issue and are currently working on a solution. We are currently debating how these institutions will be able to complete their transitioning without enrolling students. If they come and say that if certain options are provided they will then easily be able to transition, then we will need to revisit the issue to see what we can do," stated Avci.

TUITION-FREE STUDY CENTERS: Reading rooms and tuition-free study centers are not included in the draft legislation encompassing 'dershanes' as has been claimed amongst the public, explained Avcı adding that the ministry also intends to provide student support for these institutions regardless of whether they transform into private schools, open-education schools or even private study centers. "Depending on the type of school, we pledge to support these institutions by offering scholarships to successful yet impoverished students," said Avcı.

FINANCING STUDENTS: "We will not be financing private schools, we will be financing students that will attend these schools. The contribution we will make will be a financing of an educational demand. In addition, facilitating property, loans and tax exemptions are options being considered for private schools. There is a 2,500 TL cost to us to send a student to one of our schools. This is not a bad figure when it comes to a school that has an inert capacity," stated Avcı.

WE WILL NOT LET ANYONE BECOME AGGRIEVED: National Education Minister Avcı explains that they have divided 'dershanes' into the categories of those that are chain prep schools and those that are not and are in no way taking into consideration whether these schools belong to certain organizations, firms or what not. "In our minds, we have categorized 'dershanes' as either chain prep schools, which we feel could transition into private schools and those that are not chain schools, which could either operate as open-education high schools or as course-offering institutions. This way, we can reach a solution that will not allow 'dershanes' to become aggrieved and we can also benefit from utilizing these locations," stated Avcı adding, "There are still study centers available for those who say they still want to send their children to prep schools. We are working on trying to ensure equal opportunities as much as possible for all children."