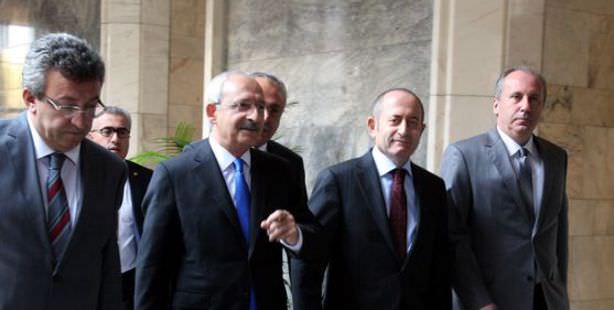 While the ‘dershane’ debate ensues as the government aims to shut down all high school and university placement exam prep schools, it might be of note to recall that the main opposition Republican People’s Party (CHP) also had intentions of transitioning ‘dershane’ prep schools into private schools in their 2011 election program, citing the heavy burdens the institutions bear on families, the inequality of opportunities created by the system and their ineffectiveness in university admissions.

While the new draft resolution on the Ministry of National Education plan of transitioning 'dershane' high schools and university exam prep schools into private schools continues to be a high point of debate, it turns out that the same vision was upheld by the main opposition Republican People's Party (CHP) in their 2011 Election Program.

The following are a series of statements published in the Youth and Education Reports section of CHP's current website regarding the highly debated 'dershane' issue:

'THEY SHOULD TRANSFORM INTO PRIVATE SCHOOLS'

"The current system condemns our youth to a memorization-based education and holes them up into 'dershane' prep schools. Attending a 'dershane' has become a prerequisite to obtaining a university education. Whereas many families are unable to send their children to 'dershanes' due to financial difficulties. Measures that could be taken in the mid and long term involves engaging in the necessary efforts to transition 'dershanes' to private school status or into vocational schools or course programs as a serious option for youths who are not going on to college."

"... Parents have begun to make serious financial investments in 'dershanes' in order to increase the probability of their children receiving a good education and being admitted to university. The public's attention has been drawn to the fact that if this level of financial support was transferred to formal education there would be certain progress in terms of quality improvement. "

"The increasing competition to continue on to receive a higher education has resulted in an increase in 'dershane' numbers as well as in additional costs families are forced to bear. A variety of studies present evidence pointing to the significant share of family budgets that are allocated to 'dershane' costs. The money spent on dershanes, in other words the aspects of the examination economy, are now at a comparative rate to that of Turkey's education spending. At the same time, this situation has also resulted in creating inequalities between students who have benefitted from 'dershanes' and those whom have not.

NO EFFECTS ON SUCCESS

"The fact that levels of success in examinations still remain low in students despite having received additional support from 'dershanes' and private lessons reveals that the amount of financial spending does not necessarily result in an increase in quality."