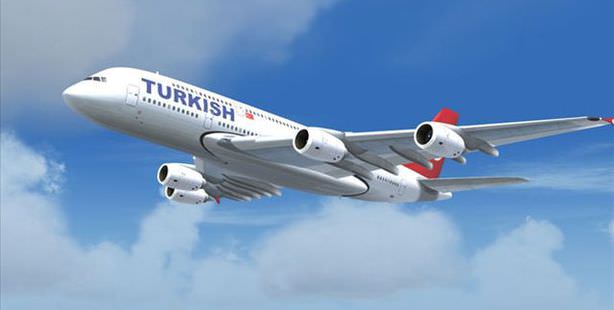 Minister of Transport, Maritime and Communication, Lutfi Elvan announced the flight figures for 2013. He pointed out that major aviation developments took place following the decision liberating civil aviation and highlighted that the number of air passengers increased in the last 11 years hitting a new peak in 2013.
He stated that the sector broke a new record with a 14.6% increase, pushing the number of passengers in 2012 from 131 million to 2013's record of 150 million.

Lutfi Elvan further noted that similar increases were also seen in domestic flights: "In 2013, 76,138,315 passengers flew domestic compared to 8 million passengers in 2002," he said and remarked that with a population of 76 million, this figure indicates that air transport is preferred by people from all walks of life.
At the end of 2013, with 17,224,105 domestic passengers, Istanbul Ataturk Airport ranked first among Turkish airports, followed by Istanbul Sabiha Gokcen Airport and Ankara Esenboga Airport.

"Turkey's geographic position and the developments in Turkish civil aviation made our country a 'natural hub'. Since existing airports are unable cater the demand, we have decided to build a third airport in Istanbul with a capacity of 150 million. Increasing numbers necessitate this investment," Lutfi Elvan said. He also pointed out that once the third airport is launched, Istanbul will become a major center of international transfer.