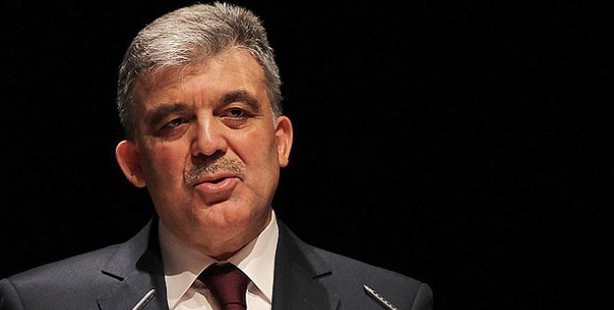 "Let the bill pass first; then you will see what I will do," Gul said on the HSYK draft.

The bill proposed by governing AK Party to amend Turkey's top judicial body may go through changes when it is up for discussion this week in Parliament, President Abdullah Gul said Monday.

"We need to see how the law will pass.There is still room for change in the General Assembly," Gul said during a joint conference with Georgian President, Giorgi Margvelashvili.

The proposed bill to restructure the Supreme Board of Judges and Prosecutors (HSYK) was approved by a parliamentary commission on Thursday. If passed by the Parliament, it will be submitted to President Gul for ratification.

Gul was asked what he would do if the law was brought to him.

"You know my efforts last week. I worked towards realizing a constitutional change. The main purpose here is not to bring constitutional change to bear on an issue that we discuss within the scope of the judiciary. Rather, I deeply cherish the idea of showing that the ruling party and the opposition can get together to solve a problem when there is one. This would be a great morale builder but as far as I can tell, it didn't occur," he said.

"We need to see how the law will pass. There is still room for change in the General Assembly. Let the bill pass first; then you will see what I will do."

The bill proposes transferring some of the powers of the HSYK to its chair - Justice Minister, Bekir Bozdag. HSYK administers the judicial system with powers to launch investigations, disciplinary actions and assignments of judges and prosecutors.

The AK Party earlier sought partnership with opposition parties for a constitutional amendment to change the HSYK.

The plan fell by the wayside after the two largest opposition parties - CHP and MHP - rejected AK Party's offer.

Speaker, Cicek said on Monday he continued to believe a lasting solution lies in constitutional amendment.

"It's not too late, this change can come at any moment," he said.

Georgian President Margvelashvili will meet with Prime Minister Erdogan later in the day.