Futile attempts to depict Turkey as an accessory to terrorism 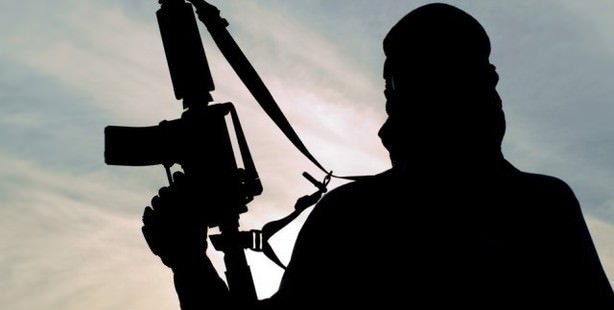 Earlier this month, security forces stopped a truck on the Syrian border suspected to carry weapons and ammunition on behalf of the Humanitarian Relief Foundation (IHH). The foundation dismissed the claims as an attempt to discredit its humanitarian activities. Turkish Foreign Minister Ahmet Davutoglu also rejected the allegations and announced that "the truck was carrying humanitarian aid to embattled Turkmens in Syria." Several days prior to the incident, IHH chairman Bulent Yildirim had warned that certain undercover elements within the judiciary sought to target the charity through conspiracy, reiterating Prime Minister Erdogan's comments that a 'parallel state' had infiltrated the Turkish state bureaucracy for the purpose of undermining the will of the Turkish people. Yildirim said he had no knowledge of the truck's registered owners while noting that certain media outlets sought to link the cargo to the secret service in an attempt to make Turkey look like a state sponsor of terrorism.

Likewise, Turkish analysts and academics believe that recent allegations about the Turkish government's support for Al Qaeda-associated groups in Syria represent part of a smear campaign to mischaracterize the country as a supporter of radical groups. Mehmet Yildiz, an associate professor from Gazi University, argued that Western countries often suggest ties between legitimate Islamist political parties and Al Qaeda in order to prevent the former's rise to power through free elections. "Al Qaeda has been used to demonize elected governments, justifying the disruption of the democratic process in Muslim countries," Ufuk Ulutas, foreign policy director with the SETA Foundation, added. Ulutas claimed that undercover operatives of the controversial Gulen Movement orchestrated police raids on the intelligence organization's trucks to raise suspicions about the Turkish government's ties to Al Qaeda as well as to represent Gulenists as moderates while portraying Erdogan as a radical Islamist. Yasin Aktay, a professor of Political Science and head of the Institute of Strategic Thinking, also remarked that oppressive regimes have always found it useful to play the Al Qaeda card in order to suppress legitimate demands of the people with support from the United States. "The U.S. is more scared of elected Islamist parties in the Middle East than Al Qaeda. That's why America adopts policies that enable Al Qaeda to boost its influence across the region," Aktay said.

Many believe that the security forces' recent raids on intelligence-operated trucks are motivated by ongoing tensions between the AK Party government and the Gulen Movement over the judiciary's Dec. 17 operation against the former. Gulenist operatives are believed to have infiltrated key government institutions including the judiciary and law enforcement. As such, similar developments are likely to ensue in the coming months leading up to local and presidential elections.