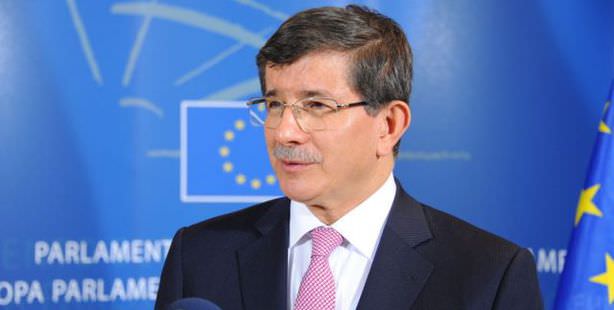 After the first round of Geneva II peace talks the sides are defined between the Syrian regime and the Syrian National Coalition.

The criticisms made against Turkey by the Syrian regime on the first day of Geneva II peace talks in the Swiss city of Montreux on Wednesday are 'unacceptable', said Turkey's Foreign Minister, Ahmet Davutoglu.

Syrian Foreign Minister Walid Muallem accused the Syrıan National Coalition (SNC) of violations such as treason, looting and espionage and accused Turkey of standing by the terrorists.

Davutoglu told Turkish reporters, following today's conference, that Muallem's speech had offended the soul of Geneva II by accusing other countries in an aggressive tone.

He said Syria's Assad regime's continuing massacre is probably the biggest crime of the 21st century.

"We would wish that the conference could have convened in a more positive atmosphere," he said.

Praising Ahmed al-Jarba's speech, the head of the Syrıan National Coalition (SNC), the minister said it was not 'provocative'.

"Both sides must have equal conditions to ensure that the conference will be successful. The most important outcome of today's meeting is that the sides are defined: the Syrian regime and the Syrian National Coalition."

Davutoglu reiterated that Syrian President Bashar-al Assad does not have the moral legitimacy to rule the country, let alone political legitimacy.

The minister said earlier today that the Syrian regime was deceiving the entire international community with their lies.

Davutoglu said Turkey would continue to operate an open-door policy with reference to around 700,000 Syrian refugees living in Turkey who have fled the country's ongoing civil war.

"From now on, one more life lost is too many, negotiations cannot be open-ended," he said.

The minister called on the international community to act on photographs that appear to illustrate the regime's human rights abuses.

The images - exclusively given to Anadolu Agency, CNN and UK's Guardian newspaper on Monday - appear to document the torture of 11,000 people by Syrian President Bashar Assad's forces.

"Those who have committed war crimes must be held accountable," he added.