ISIL, perhaps a creation of Assad 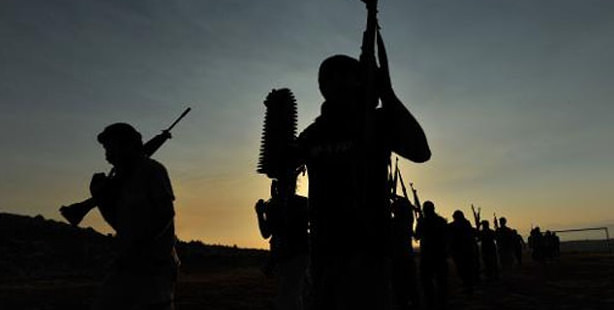 In recent weeks, Turkey’s ruling AK Party government faced claims by certain media outlets that is supports the terrorist groups in Syria. Yet, the same groups pose a threat to Turkey.

Turkey's state run Anadolu Agency (AA) revealed photographs of systematic torture and murder in Syria along with BBC and CNN on Monday. The next day, the al-Qaeda affiliated Islamic State in Iraq and the Levant (ISIL) broke into the AA office in Aleppo and seized technical equipment. Intelligence sources warned that ISIL might stage organized attacks against major Turkish cities. In light of this obvious threat from the organization, Turkish security forces stopped and searched several trucks on the Syrian border suspected to carry weapons and ammunition in recent days. Furthermore, certain media outlets claimed that the Turkish government supports al-Qaeda associated groups in Syria.

Despite allegations that Ankara cooperated with radical groups, the country's track record over the past year would reveal that the Turkish government has taken serious precautions against al-Qaeda operatives and faced retaliation from the militant organization. Last September, ISIL claimed responsibility for a fatal attack in Reyhanlı, a border town, where two car bombs claimed 51 lives and left 140 injured in May 2013. The organization also threatened to initiate a series of suicide attacks against Turkish targets. In December, Turkey's General Directorate of Security reported that the country deported a total of 1,100 European citizens who sought to join al-Qaeda affiliated opposition groups in Syria upon entry to Turkey. The same report revealed that the National Intelligence Organization, the gendarmerie and police units joined forces to conduct 41 operations over the past year in order to identify and capture al-Qaeda sympathizers. At the time, approximately 1,500 European citizens were reported to seek entry into Syria in order to offer their services to radical groups. Since 2011, Turkish authorities carried out a total of 141 operations against al-Qaeda operatives and al-Qaeda linked groups to detain 518 suspects and imprison 217.

Kemal Öztürk, CEO of AA whose Aleppo offices have been targeted earlier this week, echoed the Turkish Foreign Minister's sentiments while noting that many Syrians were indeed convinced that the Assad regime, possibly with support from certain foreign powers, contributed to ISIL's establishment in the first place. Öztürk underlined that ISIL forces have never engaged Assad's forces and added that "one of ISIL's key commanders served as a high-ranking officer in the Syrian army prior to the civil war."

Meanwhile, Oytun Orhan from the Ankara-based Middle East Strategic Research Center (ORSAM) described ISIL as a national security threat for Turkey. Noting that "Turkey has to eliminate the presence of ISIL," Orhan warned that confronting ISIL might result in the country becoming a target for al-Qaeda affiliates in conflict-ridden Syria.