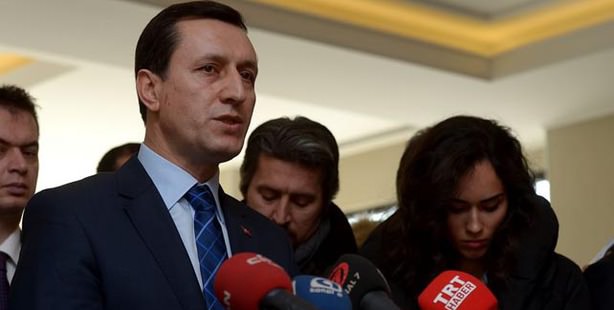 Deputy Prime Minister Emrullah İşler said on a TV program that there are attempts to create a crisis to derail upcoming presidential elections.

Speaking on the December 17 operation, İşler said, "The timing is meaningful. Local elections will be held on March 30 and presidential elections are scheduled for August. As you know, some sort of crisis always happens before Turkish presidential elections, which are much more important this time because for the first time a president will be elected directly by the Turkish public. Until now, Turkish presidents have been elected by the parliament, but the next president will be elected directly by the public. This is a consequence of the 2007 referendum and constitutional amendment. I think the next elections have particular significance in that sense."

İşler stated that the AK Party has been in power for 11 years, and has dealt with tough times and endured various crises, such as military domination and e-declarations which were terminated by the AK Party with the support of the Turkish people. However, those who could not bring down the AK Party at the ballot or eliminate it with political movements are now trying to devastate Turkey's economy by creating an environment of crisis to diminish public support for the AK Party.

İşler continued, "We terminated military domination in the past. Now they are imposing judicial domination. There are some people in Turkey who want to eliminate our government with judicial domination and they have connections to the external world. Fortunately, our people are aware of the hidden side of the operation; therefore there has been an increase in votes for the AK Party since the Dec. 17 operation."