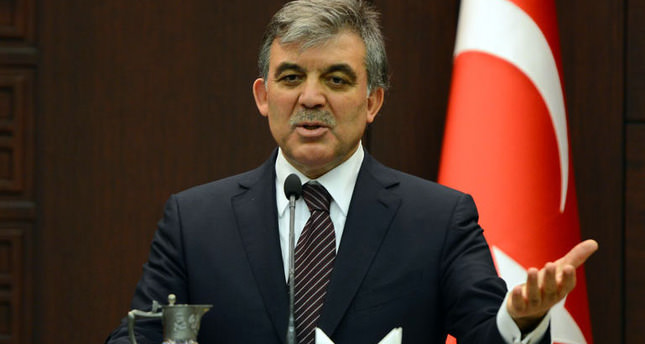 by AA Apr 29, 2014 12:00 am
ANKARA — Turkey's President Abdullah Gül called Monday on the European Union to open all the chapters to negotiation in Turkey's EU accession process.

He called chapters a "technical" process that does not bring automatic membership, urging the 28-member bloc to embrace the negotiations as he hosted Germany's President Joachim Gauck at a dinner in Turkish capital, Ankara.

"You shouldn't hesitate on [negotiations]," Gül addressed the E.U. "It will bring Turkey closer to EU standards."

"The E.U. made a decision [to allow Turkey's membership bid] unanimously. I believe again it is a must to take this process -- which is technical -- to the end and to support it within the framework of pacta sunt servanda ('agreements must be kept')."

Turks contributions to the German economy

On bilateral ties between Turkey and Germany, Gül said that common values like democracy, superiority of law and freedoms united the two countries.

German President Gauck stressed the contributions to the German economy by Turkish immigrants for decades.

"Around 3 million Turkish people's roots who live in Germany are in Turkey. The Germans had developed their own development and prosperity thanks to the first generation of industrious and energetic Turkish guest workers," Gauck said.