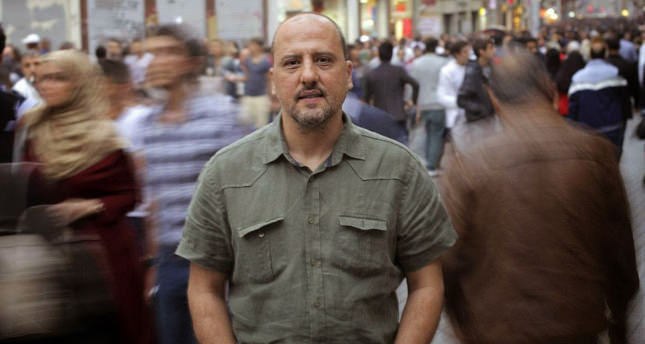 During a ceremony held at the UNESCO headquarters in Paris, Şık received the UNESCO Guillermo Cano World Press Freedom Prize from Ana Maria Busquets de Cano, wife of the Colombian newspaper reporter Guillermo Cano, murdered by a drug cartel in 1986.

In 2011, just months before the planned publication of his latest book, "The Imam's Army," he was arrested on charges of being linked to 'Ergenekon,' a shadowy, alleged conglomeration of ultra-nationalists formed to topple Turkey's government.

The Turkish government accuses the movement of forming a "parallel" group of bureaucrats that it said were nestled within the country's key institutions including judiciary and police, targeting Turkey's stability and development.

Şık was released from detention in March 2012 while awaiting trial and resumed his professional activities.

A statement from UNESCO said it named Ahmet the winner for being "an ardent defender of freedom of expression" and devoting "his career to denouncing corruption and human rights abuses."

The UNESCO Guillermo Cano World Press Freedom prize was established in 1997 by UNESCO's Executive Board.

Established in 1997, the UNESCO Guillermo Cano World Press Freedom Prize annually honors a person, organization or institution that has made an outstanding contribution to the defense and promotion of press freedom anywhere in the world.