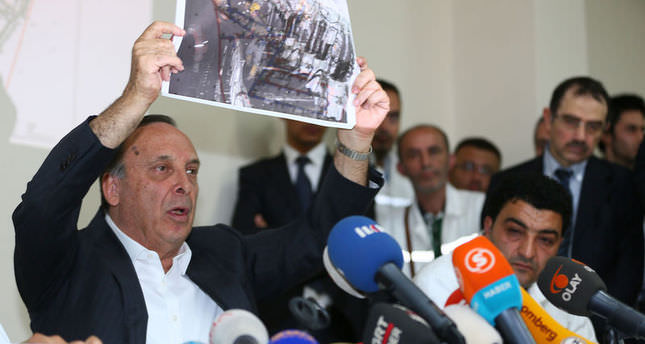 by May 16, 2014 12:00 am
ISTANBUL — The operator of a Turkish mine in which 284 people died this week and 18 remain trapped said on Friday the exact cause of a fire was still unclear but that a build-up of heat had caused a partial collapse in the plant.

Rescuers were still trying to reach parts of the coal mine in Soma, 480 km (300 miles) southwest of Istanbul, three days after a fire knocked out power and shut down the ventilation shafts and elevators, trapping hundreds underground in Turkey's worst ever mining disaster.

"It was an unbelievable accident in a place where there have been very few accidents in 30 years," Soma Holding Chairman Alp Gurkan told a news conference. "A mine with top level miners, accepted as being the most trustworthy and organized."

Plant manager Akin Celik rejected suggestions that negligence on the part of the company had been a factor.

"We still do not know how the accident happened. There is no negligence of ours in this incident. We all worked heart and soul," he said.

The company said a total of 787 workers had been in the mine at the time, of which 122 had been hospitalized and a further 363 evacuated.