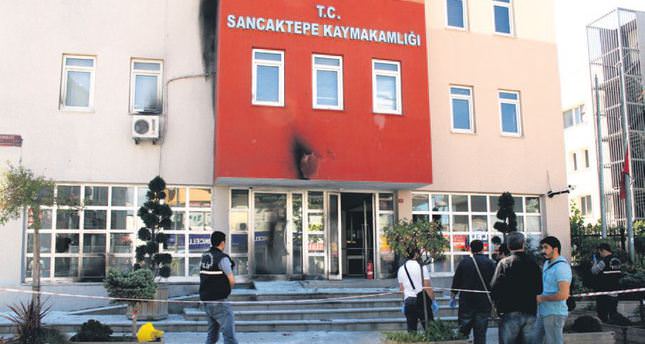 by Daily Sabah May 19, 2014 12:00 am
ISTANBUL — Assailants hurled Molotov cocktails at a government building in the Sancaktepe district on Istanbul's Asian side late Saturday. No casualties were reported in the attack.

Unknown suspects, estimated to be 10 people, first hurled stones at the building and then threw Molotov cocktails in the late hours of Saturday. The ensuing fire mostly damaged the building's façade while assailants fled the scene. A criminal investigation into the incident is underway.