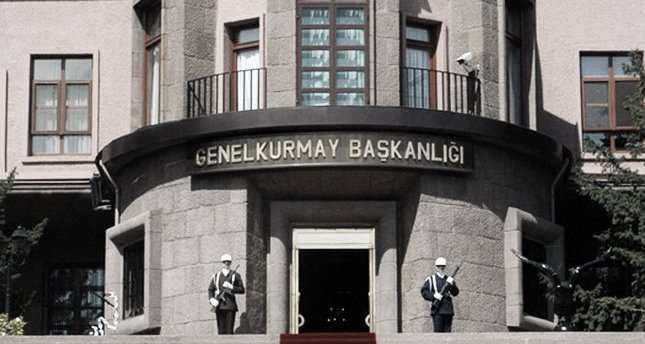 by AA Jun 14, 2014 12:00 am
Turkish General Staff has denied claims that four Turkish officers, who were alleged to provide training to militants, were arrested by Iraq's security forces in the city of Fallujah.

In a written statement issued on Saturday, the general staff called the claims "groundless" and "unreal."

The claims came after Islamic State of Iraq and the Levant, or ISIL, militants raided Turkey's Mosul consulate on Wednesday and abducted 49 Turkish nationals, including consulate staff and their families, after they assumed control of the city on Tuesday.