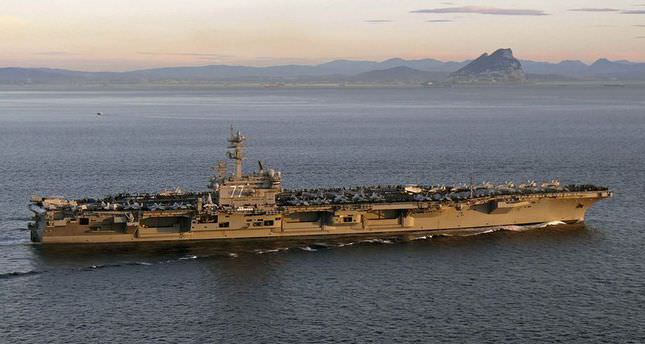 by Jun 15, 2014 12:00 am
An offensive by ISIS militants that threatens to dismember Iraq seemed to slow on Saturday after days of lightning advances as government forces regained some territory in counter-attacks, easing pressure on the legal government in Baghdad.

As Iraqi officials spoke of wresting back the initiative against the ISIL terrorist militants, neighboring Iran held out the prospect of working with its longtime U.S. arch-enemy to help restore security in Iraq.

U.S. President Barack Obama said on Friday he was reviewing military options, short of sending troops, to combat the insurgency.

The US aircraft carrier USS George H.W. Bush has been ordered to move into the Arabian Gulf by US Secretary of Defense Chuck Hagel.

The vessel will move from the North Arabian Sea and, if any military options are required, the US Commander-in-Chief had the scope "to protect American lives, citizens and interests in Iraq", Pentagon secretary John Kirby said on Saturday.

A US Defense Department statement read: "The USS George H.W. Bush departed her home port of Norfolk, Virginia, in February of this year and is operating in the Middle East region as part of an on-going rotation of forward-deployed forces to support maritime security operations."

"The ships are expected to complete their transit into the Gulf later this evening."

The deployment comes as tensions continue to rise in Iraq after Islamic State of Iraq and the Levant militants gained control in the Iraqi city of Mosul and other three provinces.

Thousands of Iraqis responded to a call by the country's most influential Shi'ite cleric to take up arms and defend the country against the insurgency, led by the terrorist militants self-claimed Islamic State in Iraq and the Levant (ISIS).

In a visit to the city of Samarra, Prime Minister Nuri al-Maliki vowed to rout the insurgents, whose onslaught has put the future of Iraq as a unitary state in question and raised the specter of sectarian conflict.

The militant gains have alarmed Maliki's Shi'ite supporters in both Iran and the United States, which helped bring him to power after invading the country and toppling former Sunni dictator Saddam Hussein in 2003.