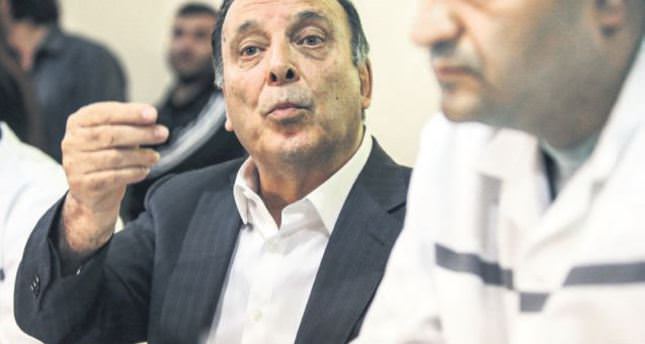 by Daily Sabah Jun 18, 2014 12:00 am
Turkey's Savings Deposit Insurance Fund yesterday decided to hold all the assets of the owner of the Soma mine, where 301 miners perished in May, in escrow as part of an investigation into alleged fraud committed by another businessman.

Though he escaped being indicted in the case related to May's mining disaster in western Turkey's Soma, mine owner Alp Gürkan faces another legal battle. A court ordered his assets to be held in escrow in a separate case involving a businessman accused of fraud.

Alp Gürkan, along with 10 other defendants, is accused of helping Korkmaz Yiğit, a prominent businessman who owed TL 76 million to Turkey's Savings Deposit Insurance Fund (TMSF), of hiding his assets against the escrow.

The ruling was issued last week but was only published yesterday prior to the next hearing for Yiğit and 17 others. Defendants are accused of running a criminal organization and fraud and the prosecutor is asking for prison terms up to 21 years for the accused.

Gürkan, who was released earlier pending trial did not attend the hearing in Istanbul yesterday while Yiğit and seven other defendants attended the trial. Yiğit rejected accusations against him during the hearing. The indictment claims Yiğit handed over his assets to another suspect who in turn handed them over to Alp Gürkan upon Yiğit's request. Korkmaz Yiğit denied that Alp Gürkan helped in transferring his assets though he admitted that he knew him.

Korkmaz Yiğit declared bankruptcy in 2007. Gürkan and other suspects allegedly bought his properties on behalf of Yiğit to prevent those properties from being handed over to the TMSF.

Gürkan had rejected accusations and claimed he bought the properties, which were not profitable at the time, upon the advice of his lawyer as a future investment.

The relatives of the 301 miners killed in the Soma mine disaster filed a lawsuit against Gürkan's Soma Holding. Gürkan's son Can Gürkan, who serves as acting chairman of Soma Holding were arrested along with managers of the mine on charges of causing reckless homicide.
Soma Holding and its subsidiary Soma Kömür İşletmeleri A.Ş. are accused of deliberately neglecting the safety of the mine. A lack of safety measures in the mine reportedly caused the mass deaths as well as carbon monoxide poisoning following a fire.

Flanked by the mine's managers who are currently on trial, Alp Gürkan held a press conference following the accident and insisted all necessary safety measures had been in place.
Last Update: Jun 18, 2014 1:16 am
RELATED TOPICS