Suspicion of Gülenist cover-up in investigation of Hrant Dink murder 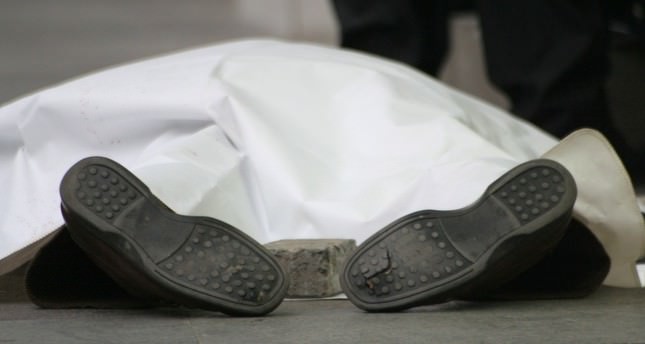 by Daily Sabah Jul 16, 2014 12:00 am
Serious claims about the culpability of senior police officers in Trabzon in the 2007 murder of Turkish-Armenian journalist Hrant Dink were ignored by prosecutors linked to the Gülen Movement, a recent probe showed. A new investigation into the 2007 murder of Turkish-Armenian journalist Hrant Dink showed previous prosecutors who worked on the case ignored serious allegations into the involvement of top police officers in the murder.

Those prosecutors are accused of having ties with the controversial Gülen Movement whose widespread infiltration of the judiciary and police enabling them to influence the cases or fabricate them for their own interests.

Turkey's Star daily reported that a new probe on the murder revealed that a large amount of evidence and many allegations were dismissed by the prosecutors who once handled the case.


Those included the dismissal of allegations about Ramazan Akyürek and Ali Fuat Yılmazer, two top police chiefs loyal to the Gülen Movement who were accused of helping the murder suspects. The Chief Prosecutor's Office for Istanbul, where Dink was murdered in front of the office of the newspaper he worked, on Jan. 19, 2007, relaunched the investigation into the murder after the case was handed to the office following the abolition of a specially-authorized prosecutor's office. Specially-authorized prosecutors, most of them accused of being affiliates of the shady Gülen Movement, reportedly committed misconduct and negligence while investigating the murder.

Muammer Akkaş was the last investigator on the murder who assumed the case in 2010. Akkaş, chief prosecutor in the infamous Dec. 25 probe that sought to discredit the government by implicating those close to the government and AK Party with charges of corruption, did not achieve progress in the case deliberately according to media reports. Ramazan Akyürek, the former director of the Turkish National Police's intelligence department and Ali Fuat Yılmazer, deputy director of Istanbul's police intelligence department were accused of protecting the murder suspects.

Both top police officers are reportedly linked to Gülen. Akkaş and other prosecutors did not investigate the allegations that Akyürek deleted electronic and telephone logs within the National Police that would help shed light on the murder, according to reports in the Turkish media. The prosecutors also did not investigate similar allegations towards Ali Fuat Yılmazer. Security camera footage at the time of the murder was not properly examined and the role of police intelligence officials and gendarmerie officers both in Istanbul and the northern province of Trabzon, where suspects hailed from, and allegedly planned the murder, were not investigated.

The prosecutors reportedly did not look into phone conversation logs of suspects sufficiently to establish their connection with each other and other likely suspects and officers at the Istanbul police department hid evidence regarding the suspects' connections. The prosecutors are also accused of not investigating the contradictions in the testimonies of murder suspects.

Ramazan Akyürek was suspended from duty in March after an investigation found that he was involved in leaks and destroying confidential documents. Akyürek was head of the police intelligence department at the time Dink was shot dead in front of his office by Ogün Samast. An internal investigation accused Akyürek of erasing information related to past cases from the intelligence department's computers, as well as leaking confidential documents. Those past cases date back to Akyürek's tenure during the Dink murder.

The Dink family filed a complaint against Akyürek and claimed no legal action was taken against him in the murder case. Akkaş was handed the case in 2010 but did not investigate the Akyürek connection and ignored the family's complaints.

Erhan Tuncel, a suspect tried on charges of masterminding the Dink murder, accused Akyürek of obstructing the investigation into the murder. Tuncel was hired as an informant while Akyürek was the police chief of Trabzon, a city in the Black Sea region of Turkey, in 2004. Akyürek is regarded as a Gülenist "police imam," an infiltrator in the police carrying out the orders of the movement led by controversial cleric Fethullah Gülen. The movement faces charges of running "a parallel state" to overthrow the AK Party government and control the state.
Last Update: Jul 16, 2014 11:02 am
RELATED TOPICS