Four dead, one missing after boat sinks in the Aegean 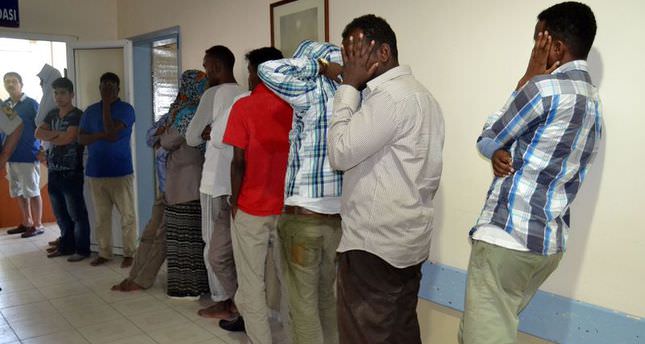 by AA Jul 18, 2014 12:00 am
A boat carrying 17 people, Eritrean and Afghan nationals hoping to take refuge in EU countries, sank in the Aegean Sea on Friday, leaving four people dead and one missing.

The boat, which sank off Ayvalik, a district of Turkey bordering the Aegean Sea, was on its way to the Greek island of Lesbos and had thirteen Eritreans, three Afghans and one unidentified passenger on board. Lesbos is in the northeastern Aegean Sea.

Turkish coast guard command officers patrolling the area saw the boat and saved 12 of the people in the water and took them to shore.

The 12 rescued immigrants were taken to a hospital for a medical exam and later to the local police station to be deported.

The bodies of the four drowning victims; two identified as Afghan and the other two as Eritrean, were taken to Ayvalik state hospital and will be autopsied by a forensics lab in Bursa, a city in western Turkey.

A search and rescue team has been assembled to find the unidentified person lost when the boat sank.