Army next in Turkey's efforts to weed out Gülenist infiltrators 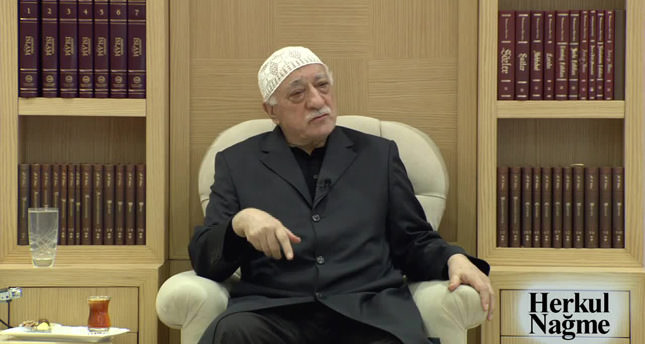 by Hazal Ateş Aug 06, 2014 12:00 am
Turkey's "parallel structure," a name attributed to powerful Gülen Movement's infiltrators within state agencies, faces another investigation, this time within the ranks of the army. Deemed as "a threat to national security" by Prime Minister Recep Tayyip Erdoğan, the Gülenists' scheme to infiltrate into the police, judiciary and financial institutions in an attempt to overthrow or control the government will be purged in the military as well.

A report was prepared on the Gülenists' influence in the Turkish Armed Forces after decisions made at the National Security Council (MGK) in 2014. MGK, a top body composed of government and military officials oversees issues related to country's national security. The report listed personnel serving in the army with links to the parallel structure. About 100 officers are accused of ties with the Gülen Movement, and The Higher Disciplinary Board that regulates the disciplinary action for the military personnel violating the code of conduct is reviewing their cases. Efforts to weed out

Gülenists focus on military officers selected for promotion. The probe into the Gülenist clout in the army also includes military school entrance exams of the past four years. The Gülenists' attempt to infiltrate the army were revealed earlier this year when former Gülenists came forward, and spoke of the movement's plans to leak questions to military school exams as its young followers prepare for exams. Members of the Armed Forces found to having ties with "parallel structure" will be discharged from the army. Those with suspected ties will be reassigned or retired.

The dismissal of army personnel will be based on a new disciplinary regulation implemented in April. The regulation allows the Higher Disciplinary Board to expel those exposing state secrets or use them for political purposes, and expulsion can be made without waiting for a military council meeting held every August.

The parallel structure, affiliated with the Gülen Movement, is accused of illegally wiretapping judges and prosecutors. Encrypted telephones used by top commanders of the army were replaced with new ones against the threat of hacking by the Gülenists.

The Gülen Movement is an influential group that evolved from a religious congregation into a network of followers that are now targeting the government through a propaganda campaign. Following the Dec. 17 operation, when Gülenists in the police and judiciary launched a targeted campaign against Prime Minister Recep Tayyip Erdoğan and his allies, the government moved to purge Gülenists who had infiltrated state and government agencies. It is suspected that the police force and judiciary are among the most thoroughly infiltrated bodies.
Last Update: Aug 06, 2014 1:37 am
RELATED TOPICS