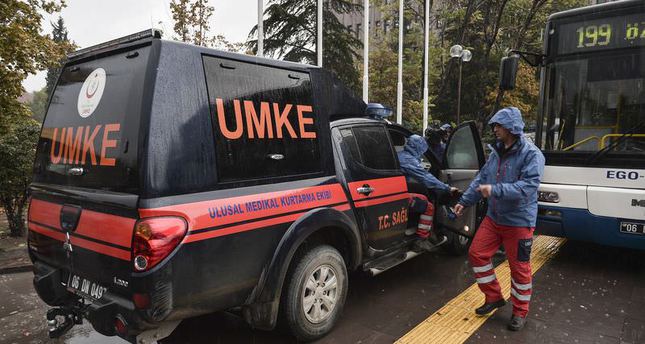 by AA Oct 27, 2014 12:00 am
No signs of biological and radiological material were encountered in the suspicious letters that were sent to the Ankara Courthouse on Monday, said the province's governorate.

"The two letters do not contain any biological and radiological substance," the Governorate said following examinations conducted by Turkey's emergency and disaster agency, AFAD.

Earlier Monday, the Turkish Health Ministry announced that no signs of biological warfare material were found in the suspicious letters.