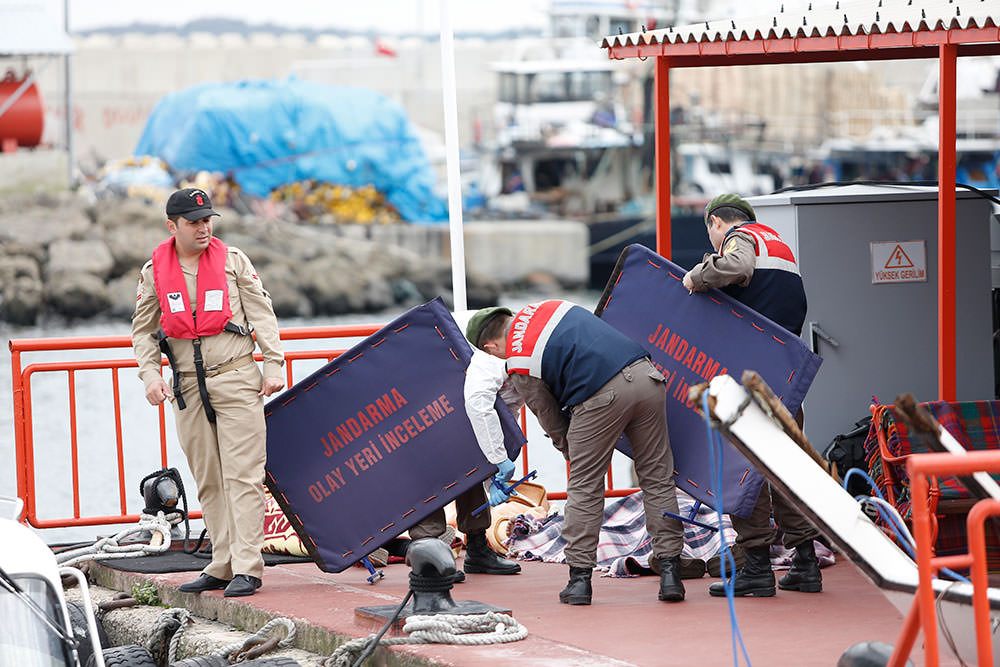 by Daily Sabah Nov 03, 2014 12:00 am
At least 21 illegal immigrants died on Monday, as the boat carrying them sank off the north coast of Istanbul, media have reported.

Ten bodies were retrieved from the sea in Istanbul's Bosphorus strait on Monday after a boat believed to be carrying about 40 illegal migrants sank, broadcaster NTV and other Turkish media reported.

NTV said search and rescue operations were continuing in the area, near the Black Sea end of the Bosphorus. Coastguard officials were not immediately available for comment.

Meanwhile, the İstanbul governor delivered a statement over the accident that so far claimed 21 lives, saying seven immigrants have been rescued.

Fisherman have also reportedly joined the search and rescue works. The immigrants, most of whom are reported to be children, are of Afghan and Turkmen origin.