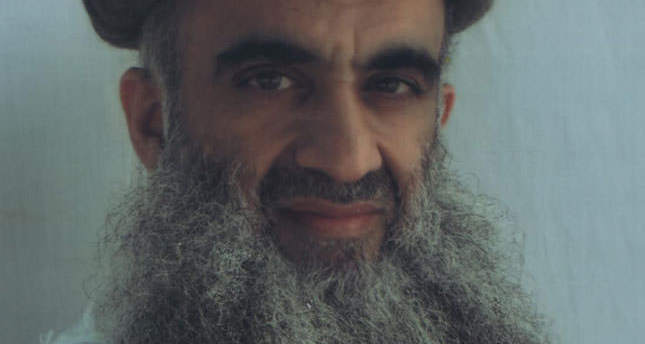 by daily sabah
Nov 04, 2014 12:00 am
Khalid Sheikh Mohammed, a senior al-Qaida official accused of masterminding the 9/11 attacks in New York, enjoys newfound celebrity status as the accidental star of an online ad for a Turkish hair removal product. An Image of Mohammed with unkempt hair and a white vest with overflowing chest hair had splashed the front pages of dailies after his capture in Pakistan during a secret U.S.-Pakistani operation in 2003. Apparently, it came to the attention of a small cosmetics company in Turkey that the Kuwaiti-born Mohammed, who is currently being held at the infamous Guantanamo Bay prison, is an ideal figure for Epila, a product they promoted as the ultimate product for removing body hair. The notorious photo of Mohammed adorns the company's online ads with a caption that roughly translates to "That hair will not shed itself." The unfortunate choice of using a convicted terrorism is just another episode of the Turkish advertising sector resorting to dubious names in order to promote hair-related products. Two years ago, a Turkish commercial for a brand of men's shampoo featuring footage of a firebrand speech by Adolf Hitler and a punch line that roughly translates to "Are you man enough to use it?" was taken off the air after strong public criticism.