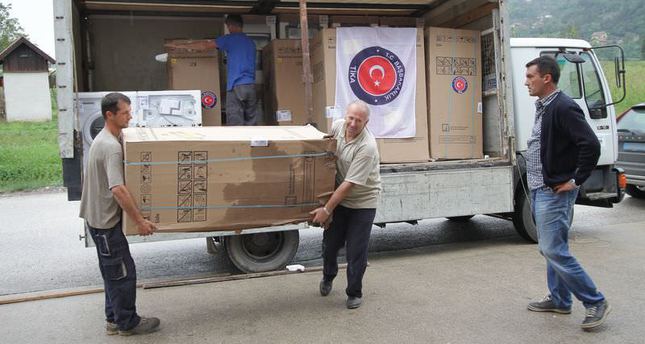 by daily sabah
Nov 04, 2014 12:00 am
TİKA released its "Development Aid Report" for 2013 on Tuesday. According to the report, the share of official development aid in Turkey's GDP has increased from 0.1 percent to 0.42 percent in the last ten years, to $3.3 billion. This number increases to $4.34 billion when private aid is added, with $820 million coming from Turkish businesses and $280.2 million from Turkish NGO's.

With the influx of Syrian refugees, the Middle East was the primary target of Turkish aid in 2013, with $1.76 billion being sent there, said the Turkish Cooperation and Coordination Agency (TİKA).

Turkey's contribution to international organizations was announced as $151 million, a 36 percent increase on 2012. The World Bank received $70.17 million, followed by the UN who received $31.18 million.

14,507 students from Turkish communities located abroad were given scholarships in 2013.

TİKA also supported Turkish NGO's with $549 million worth of aid.