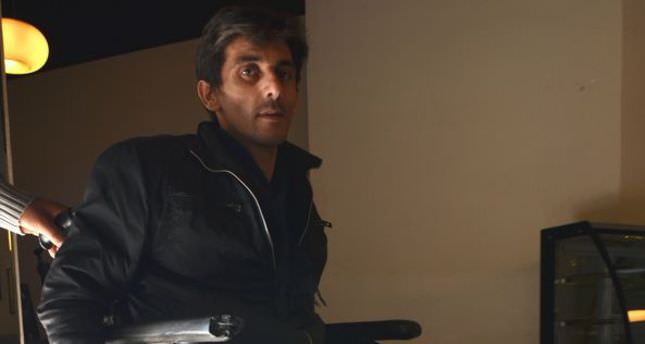 by daily sabah
Nov 05, 2014 12:00 am
The Kocaeli labor court has passed a ruling ordering a record compensation of 1,650,000 TL to be paid to Şaban Öztürk, who became partially disabled after being involved in a work accident in Kocaeli province.

Öztürk became partially paralyzed after he fell from a height of seven meters at the construction site he worked at, due to negligence by the company operating the site. He has received the highest amount of compensation ever paid for a work accident.

"It won't bring my health back" said Öztürk, while addressing journalists in a press statement. Elaborating on how the accident occurred, Öztürk said that he was content that justice had been served.

"I became paralyzed from the waist below following the accident, and I can't use my legs at all. I was 26 years old when the incident took place, now I am 34 and have been disabled since 2006." said Öztürk.

Öztürk applied for compensation against the company via his lawyer in the aftermath of the accident. The trial has finally been concluded eight years late. The court which heard the case held the company responsible for the accident and ruled that the victim be paid 725,000 TL, plus a further 100,000 TL for mental anguish, bringing the total to 1,650,000 TL. The court ruling was later upheld by the high court and the victim was paid the full compensation determined by the court.

"The compensation I've been paid will ease my life from now on, if not bring my health back." Öztürk added as he concluded his statement.