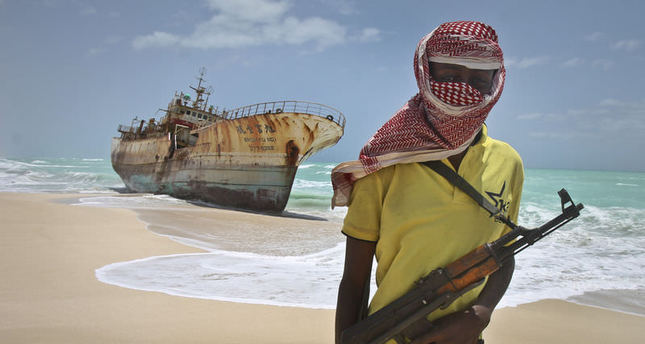 by daily sabah
Nov 06, 2014 12:00 am
Pirates have hijacked a Turkish ship which was heading to the Ivory Coast after setting off from Kamerun. Two sailors are being held captive following the encounter, according to media reports on Thursday.

The crew of the ship reportedly sheltered in the panic room to escape the attacks of the pirates, who assaulted the ship with long barreled weapons. Two Turkish sailors, named Emrah Samancıoğlu and Murat Yılmaz, were kidnapped by pirates when they couldn't make it to the panic room in time.
Eight pirates, who hijacked the ship, ransacked all valuable items before taking leave.

Company officials have released a statement about the incident, saying that the pirates have asked for a ransom to be paid in exchange for the release of the hostages.

The remaining crew of the ship are reported to have continued their journey once the pirates left.