Bodies of two workers recovered from mine in central Turkey 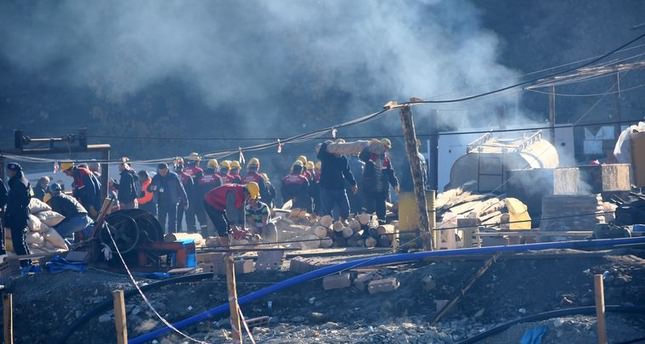 Search and rescue teams found the bodies of two of the 18 workers trapped in a flooded mine in central Turkey on Thursday, the Turkish energy minister announced.

Operations for the remaining 16 workers will continue after levels of methane in the coal mine have decreased, said Taner Yildiz.

"Levels of methane gas increased slightly during the rescue operation, and rescue workers had to be temporarily removed from the scene for safety reasons," he said.

There were 34 workers inside the mine located some 400 kilometers south of the capital, Ankara, in Karaman's Ermenek district, when a water pipe exploded and caused flooding on October 28.

The bodies of the two miners will be removed and sent to a nearby hospital, Yildiz said at the scene.

DNA tests will be done, upon approval of the Attorney General, to identify the deceased miners, he said.