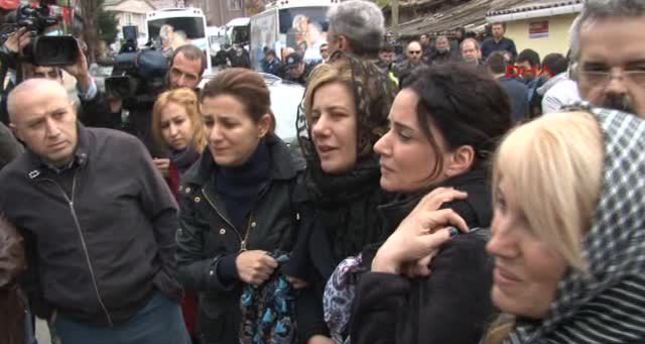 by daily sabah
Nov 07, 2014 12:00 am
A prosecutor's indictment charging the mother of a boy found dead in Istanbul with involuntary manslaughter has sparked a new debate.

Three-and-a-half-year-old Pamir Dikdik was found drowned in a swimming pool in Istanbul's Sarıyer district last April after he went missing while his parents were sleeping at home. He supposedly sneaked into a villa adjacent to his home and fell into the swimming pool while walking around.

Public Prosecutor Levent Çağıl prepared an indictment on the case and demanded a prison term of up to six years for the boy's mother, Süverce Dikdik, for "causing of death by recklessness." The prosecutor dismissed charges for the father while claiming that the mother was primarily responsible for the care of the boy who left home in the early hours of the morning through an unlocked door.

While the indictment awaits approval or rejection from Istanbul Public Prosecutors' Office, holding the mother as the sole person responsible for the child is being debated.

Under the existing laws, the father in a case of negligence is jointly responsible for the child's well-being if he does not have a reason to justify his absence such as imprisonment or illness. Media reports referring to the indictment say the father was at home when the boy went missing.

Women's rights activists claim the indictment is an example of gender-based discrimination and they hoped that the court will reject it and hold the father jointly responsible with the mother if a crime was committed.

The Supreme Court had dismissed charges against the mother or father in similar cases although lower courts had sought indictment. Meanwhile, the boy's father, Serdar Dikdik, told the Habertürk daily that he would demand to be indicted in the case as well. Dikdik said although the mother was held responsible under the Turkish laws, he would request the court to try him too.