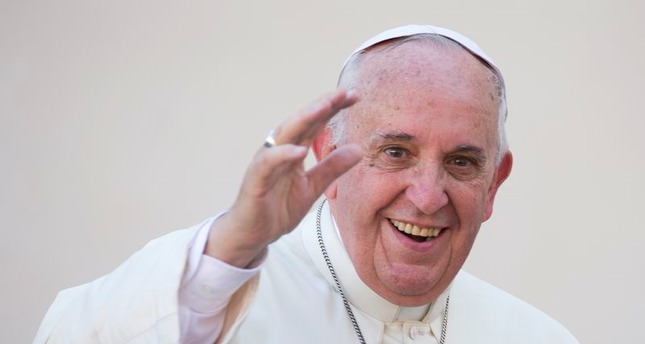 by Daily Sabah Nov 07, 2014 12:00 am
Pope Francis will be the first foreign guest at Turkey's new Presidential Palace in a formal ceremony hosted by President Recep Tayyip Erdoğan in the capital Ankara on November 28.

The pope's visit to Turkey on Nov. 28-30 will begin with a visit to Anıtkabir, the mausoleum of Mustafa Kemal Atatürk, and a meeting with President Erdoğan and Prime Minister Ahmet Davutoğlu. Mehmet Görmez, the head of the Directorate of Religious Affairs, is also among those whom Pope Francis will meet.

After the first day of the trip, Pope Francis will hold a service in the Cathedral of the Holy Spirit and participate in a religious ceremony at the Greek Orthodox Church of St. George in Fener, Istanbul and hold a private meeting with Patriarch Bartholomew.