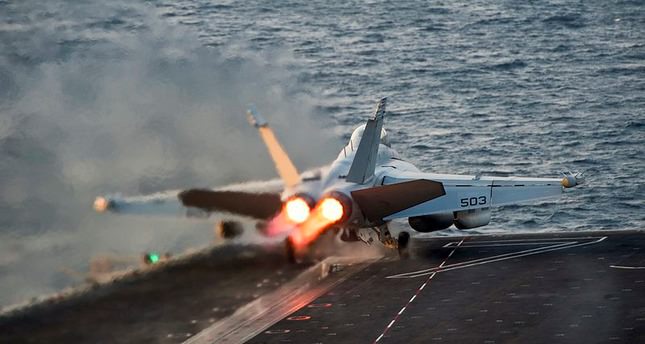 by reuters
Nov 08, 2014 12:00 am
US- led coalition forces launched airstrikes targeting ISIS leaders near their northern Iraqi hub of Mosul, the US military said on Saturday, without confirming whether the group's chief Abu Bakr al-Baghdadi was killed.

The strikes, which destroyed a vehicle convoy of 10 ISIS armed trucks, took place late on Friday. "This strike demonstrates the pressure we continue to place on the ISIS terrorist network and the group's increasingly limited freedom to maneuver, communicate and command," US Central Command said in a statement, using another acronym by which the group is known.

Earlier on Saturday, Al-Hadath television channel reported that the air strikes have targeted a gathering of ISIS leaders in Iraq in a town near the Syrian border, including the group's top commander Abu Bakr al-Baghdadi.

Al-Hadath said dozens of people were killed and wounded in the strike in al-Qaim, and that Baghdadi's fate was unclear. Al-Qaim and the neighbouring Syrian town of Albukamal are on a strategic supply route linking territory held by ISIS in Iraq and Syria.