Operator of mine in Karaman surrenders to officials 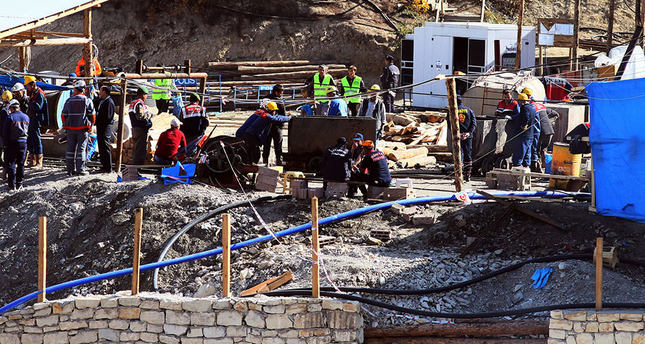 by daily sabah
Nov 09, 2014 12:00 am
The operator of the mine in Karaman, in which 18 workers were trapped after it was flooded, surrendered to the Ermenek Public Prosecutor's office early on Sunday.

Seven people were detained on Saturday as part of an investigation into the flooding of a mine in Karaman province in central Turkey, the Turkish energy minister confirmed.

Taner Yıldız said that those detained included executives and engineers of the mine and that one person was still sought by the police.

The October 28 flooding of the coal mine in Karaman's Ermenek town trapped 18 workers. On Thursday, search and rescue teams found the bodies of two of the miners.

Rescue efforts were "becoming progressively harder" in the deeper areas of the mine, Yıldız said earlier on Friday.

There were 34 workers inside the mine located some 400 kilometers south of the capital, Ankara, when a water pipe exploded, causing the flood.