The face of Turkey’s southeast changes thanks to GAP 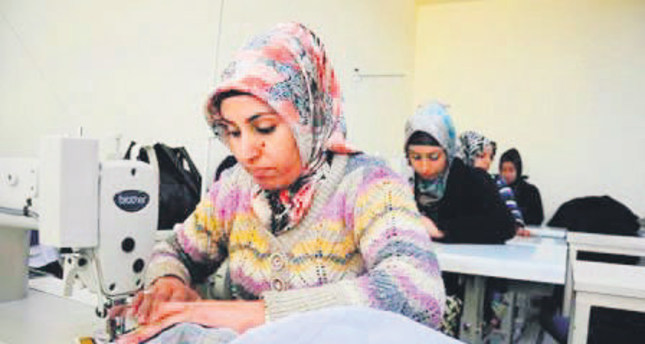 Turkey's southeast is witnessing a transformation shaped by the Southeastern Anatolia Project (GAP) that aims to erase the image of underdevelopment long-associated with the region. Economically speaking, it is a humanitarian project that will boost revenues both for itself and Turkey. However, its scope goes beyond that with subprojects focusing on regional population's potential for individual development

The Southeastern Anatolia Project (GAP) was initiated to revive the dormant potential and instill hope into the people of the region.

The ongoing project aimed to restore agricultural growth in the region, first and foremost, when it was first developed. It sought to improve the lives of the underprivileged residents of the southeast through economic development driven by enhanced agriculture.

In the two decades since its inception, GAP proved to be the main factor behind improvements in education, health, social life, and more in southeastern Turkey. Thanks to investments in social sectors, the region has even surpassed other regions in some social fields.

Education lies at the heart of social development. To that end, GAP sought to have more children attending school. In the face of poverty, many families had to force their children to drop out after graduating from primary school, to earn a living for the family.

The southeast once lacked teachers due to the low number of schools. In the framework of GAP's education sector, the number of teachers allocated to the region has increased.

With the purpose of encouraging attendance for students living in villages, who have to travel to schools in cities where middle schools are located, dormitories were built across the region with a capacity of 19,920 students between 2008 and 2013.

As for higher learning, six new universities were opened in the region, thus, all nine provinces in the GAP region now have higher learning institutions. GAP also funded universities with TL 1.2 billion as part of a five-year action plan launched in 2008. Thirty-nine institutions, including new faculties, institutes and colleges, were opened. Existing universities were modernized and the quota of students admitted to universities was increased to boost higher learning. GAP also funded the construction of university dormitories with a capacity accommodating 9,100 students, with more dormitories being built in the future. The project reached out to 1,500 impoverished female university students in the region, providing them with scholarships. The amount of scholarship money allocated to the region has reached TL 12 million.

The Social Support Program (SODES) is another leg of social development in the GAP project. About TL 420 million were earmarked for 3,242 projects between 2008 and 2013. The projects include those seeking to boost employment, social inclusion, cultural and artistic activities and sports activities.

The Turkish Public Employment Agency (İŞKUR) launched 9,005 courses between 2008 and 2014 to increase participation in the workforce with 207,836 people in the region benefitting from these courses that paved the way for steady employment.

Looking to improve the quality of life for women, children, youth, the handicapped and senior citizens, GAP funded youth and social service centers. To encourage children to read books, 12 Children Development Centers were opened. Education programs in Youth and Culture Houses in nine provinces that the GAP covers reached out to 175,000 youth who participated in social, cultural and sporting events.

Multi-Purpose Community Centers (ÇATOM) are an important component of social development. Their number in the region currently stands at 44. In these centers particularly catering to women, lifelong learning courses, panels and conferences are held. Women are informed about their rights, laws, health issues, childcare et cetera. Literacy classes are also offered at ÇATOM as well as classes on sewing, handcraft, hairdressing and similar subjects to help women to make a living on their own. They also serve as an intermediary for women entreprenurs seeking microloans. Every year, about 200 women find employment after completing the courses offered by ÇATOM and at least 10 women start out their own businesses. More than 15,000 people attend ÇATOM programs every year.

Housing is another section of GAP's social development plans. Urban development in the region was stunted in the region for years. State-run housing authority TOKİ constructed 12,321 affordable flats between 2008 and 2014 for poor families and more than 30.000 flats will be completed in the near future.