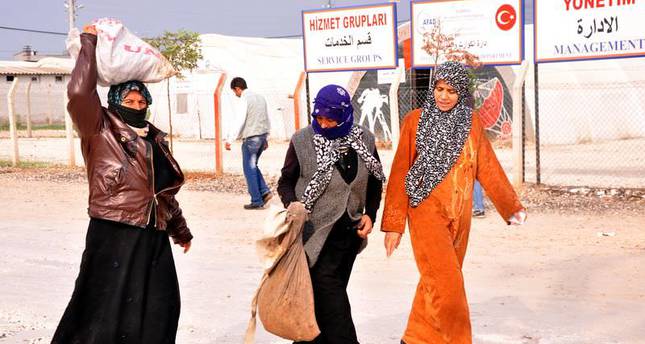 "Turkey has spent more than 4 billion dollars for helping Syrian refugees. I'd like to thank the Turkish government for their kindness and mercy in hosting displaced Syrians in their country,"said UN High Commission for Refugees Assistant High Commissioner Janet Lim, speaking at the "Women Victims of Syrian War" panel in Turkey's southern province of Gaziantep.

She also stressed that Turkey and UN need a more robust response from the international community to help refugees.

But Lim insisted that care for women refugees is the responsibility of the entire global community, not only Turkey.

"Many Syrian women are in need of psychological support in Syria, as well as other forms of aid. Greater international efforts are needed urgently to solve these rising problems," commented Ingibjorg Solrun Gisladottir, designated representative of UN Women to Turkey.

At least 100,000 deaths have been counted in the conflict since July 2013. The UN has stopped updating the death toll for the country due to difficulties in verifying casualties.