A new camp to be set up for displaced Syrians 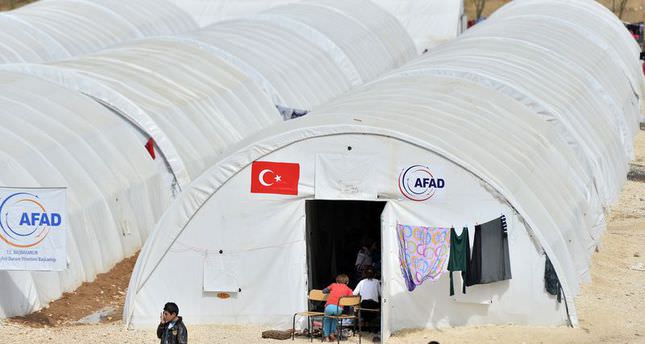 by Daily Sabah Nov 11, 2014 12:00 am
The Prime Ministry's Disaster and Emergency Management Authority (AFAD) has moved to expand a camp for displaced Syrians in Kilis, a southern Turkish province bordering Syria.

Kilis is home to over 100,000 Syrians, according to reports in the Turkish media. Two container cities operated by AFAD in the province host 37,578 displaced Syrians alone.

The country is home to nearly 1.6 million Syrians and 221,447 Syrians living in tent camps and container cities.