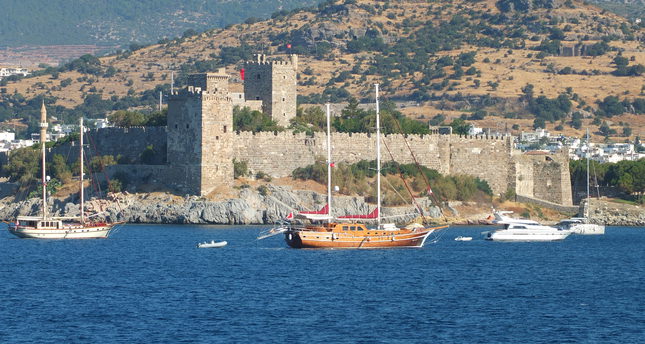 by daily sabah
Nov 13, 2014 12:00 am
Turkish fishermen were harassed by a Greek coast guard boat while off the coast of Bodrum district of Muğla, according to media reports.

A Greek coast guard boat reportedly harassed Turkish fishermen for two hours and asked them to sail back to the ports in Turgutreis and Akyarlar region.

Upon the intervention of two Turkish battleships, which were passing by the Greek boat from 30 meters distance, the Greek boat left Turkish coastal waters and withdrew to off the coast of Kalymnos Island.