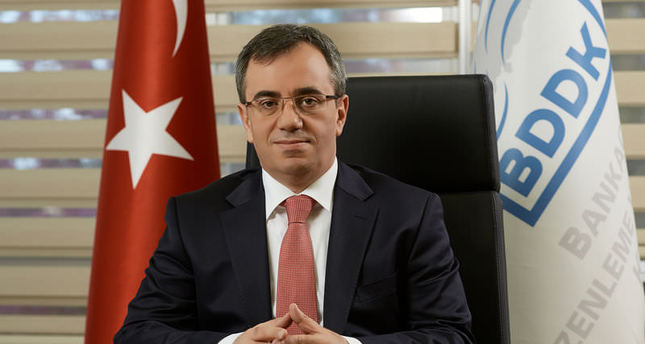 by AA
Nov 14, 2014 12:00 am
Mukim Öztekin, head of Turkey's banking watchdog, is stepping down due to health issues but will continue to service as principal consultant to Turkey's prime ministry,.

Öztekin resigned from the Banking Regulation and Supervision Agency (BDDK) on November 12 and was appointed to the Prime Ministry office.

The BDDK will be represented by Mutalip Unal, the current Vice President, until a new appointment is made.

Öztekin, 49, had brain surgery on September 23.

He has previously held leadership positions at BankAsya, Ziraat Bank and Savings Deposit Insurance, and was appointed as the head of the BDDK on June 22, 2012.