29 houses burn down in fire in central Turkish village 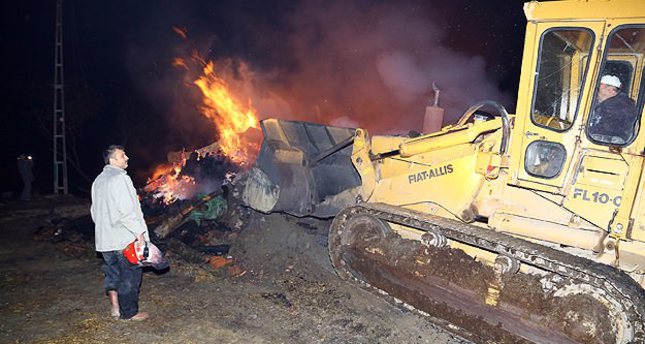 by daily sabah
Nov 15, 2014 12:00 am
A fire that broke out late on Friday in a house in Çorum's village quickly spread to the whole village destroying 29 houses, media reported on Saturday.

Deputy Governor of the province, Hamdi Bolat, speaking over the incident said the fire was hardly contained due to strong winds.

Bolat said the firefighters were immediately dispatched to the scene and no casualties occurred. The villagers who watched their houses being burned down in tears were provided with tents by The Turkish Red Crescent (Kızılay). Bolat also added that the state has mobilized all of its resources to lend assistance to the villagers.