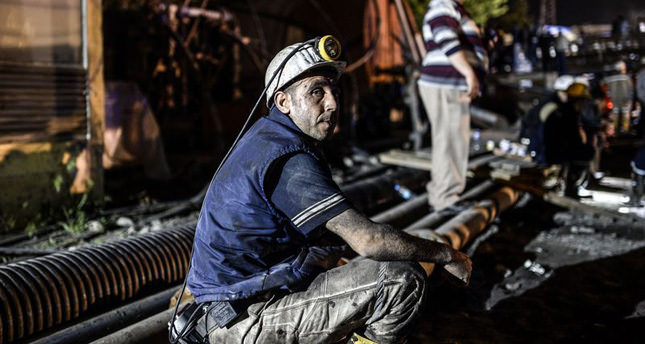 by Daily Sabah Nov 15, 2014 12:00 am
Zonguldak Chamber of Commerce and Industry CEO Mehmet Salih Demir stated that production at five mines located in Zonguldak province was halted after it was revealed that they were not operated in accordance with work security rules.

Demir said, work inspectors, after spotting some safety deficiencies in five mines in Zonguldak that had a possibility to put miners' lives at risk, decided to shut down the mines temporarily. Demir, citing the inspectors' statements, further added that the mines have not been shut down permanently and that they will keep on operating once they make up the deficiencies.

"The inspection into the mines in Zonguldak is still ongoing. The inspectors will look into every mine located in Zonguldak. They can make the decision to halt production in a mine if they deem it necessary. Following the inspections, the officers inform the companies about the deficiencies and give them some time to fulfill mines' needs." Demir was quoted as saying.

Following this year's mine accidents that have rocked the country, any possible violations that may have caused the accidents have started being questioned, prompting the government officials to step up efforts to improve the working conditions of miners.

The deadly Soma mine disaster took place in western Turkey in May leaving 301 miners dead in a fire. The disaster was the deadliest mining incident in Turkey's history, surpassing the death toll of a firedamp explosion that killed 263 miners in Zonguldak in 1992.

Despite increased inspections and improvements in workplace conditions for miners, another mine accident also hit Turkey roughly two weeks ago, which left 18 miners trapped in a flooded mine in Ermenek, a town located in the central Turkish province of Karaman.