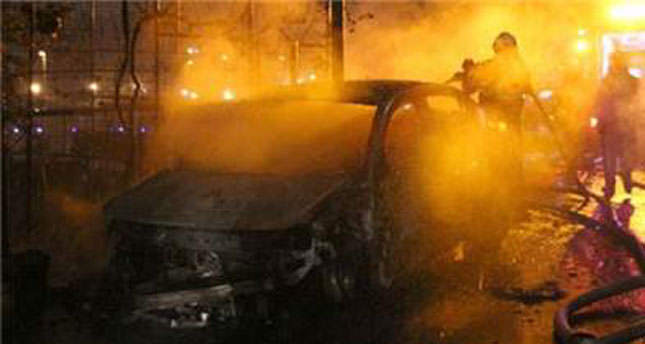 by Daily Sabah Nov 16, 2014 12:00 am
A string of arson attacks targeted cars in two districts of Istanbul on Saturday night. Ten cars were set ablaze in Beyoğlu's Mahmut Şevket Paşa neighborhood around 2:30 a.m. local time with firefighters managing to put out the fires in two cars but unable to save the other eight which were completely destroyed in the attack.

In Küçükçekmece, another district on Istanbul's European side, ten cars were set alight. Flames were extinguished before they spread to a nearby building while windows of houses near the scene were broken as the cars exploded due to the fire.