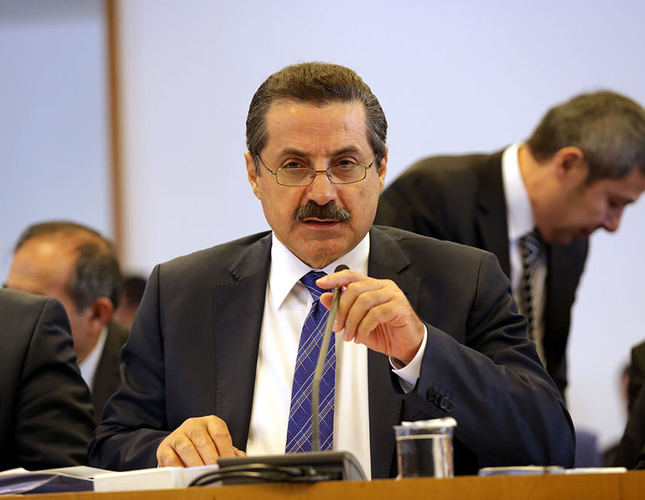 by Daily Sabah with Agencies Nov 16, 2014 12:00 am
Turkey's Labor and Social Security Minister Faruk Çelik announced that 13,510 workers have died in the past 12 years.

According to Çelik's written statement based on the data of the Social Security Institution, 1,001,921 workers in Turkey were subject to at least one work accident between 2002 and 2013, of which 13,510 died.

Work related accidents showed a dramatic increase in the year 2013, with 191,247 workers experiencing at least one accident, 1,356 of whom died, according to Çelik's statement. Casualties peaked in 2011 with 1,700 deaths, despite the fact that the total number of accidents was almost three times lower than in 2013.

Work safety was again one of the most important subjects on Turkey's agenda in 2014 as deaths were reported in construction and mining accidents, including Turkey's biggest mine disaster Soma, which killed 301 miners in May.

The government announced a comprehensive work safety package on November 12 to curb the accidents, while stating that the conduct of business in risky sectors should be radically changed.