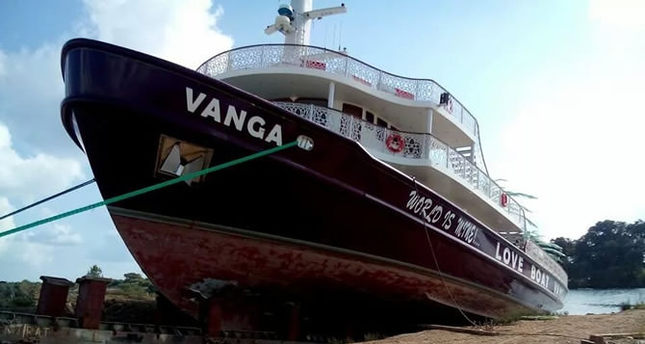 by Daily Sabah Nov 17, 2014 12:00 am
The families of eight crewmembers aboard a Turkish vessel are anxiously awaiting news from their loved ones after they were detained over a cargo of munitions found by Egyptian authorities in October.

The crew was sailing to Australia from Turkey to deliver the leased vessel to an Australian company. According to reports in the Turkish media, two retired commandos were aboard to provide protection against pirates overseas but they left before arriving in Egypt over a disagreement with the company, but they reportedly forgot to take 348 shotgun cartridges with them before leaving. When the Egyptian coast guard, searching the vessel, found the munitions and detained the crewmembers.

The crewmembers have been in detention since then, awaiting the results of a report by Egyptian officials to determine whether the munitions are "a threat to national security."

The families of the detained Turks claim they were not aware of the munitions. The father of one of the crewmembers told Turkish media that an initial report said the cartridges should not be classified as dangerous cargo and they were hoping that the crew would be released in the first hearing of a trial on the case.