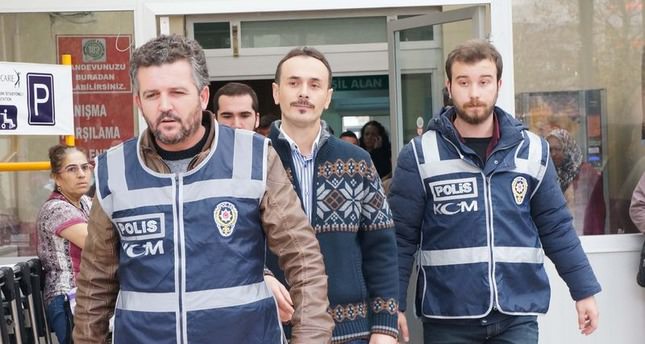 by daily sabah Nov 18, 2014 12:00 am
An Istanbul prosecutor issued arrest warrants for 5 Gülen-linked police officers, who were previously released after detention on Tuesday in connection with an ongoing investigation into illegal wiretapping.

On Friday an Istanbul court released nine police officers who are believed to have connections with the Gülen movement who allegedly infiltrated key governmental bodies with the aim of overthrowing the Turkish government but prosecutors had filed an objection to the court decision releasing the suspects.

After considering the objection, the 5th Criminal Court of Peace of Istanbul issued arrest warrants for five out of nine suspects who were released on Friday.
Last Update: Nov 18, 2014 8:20 pm
RELATED TOPICS