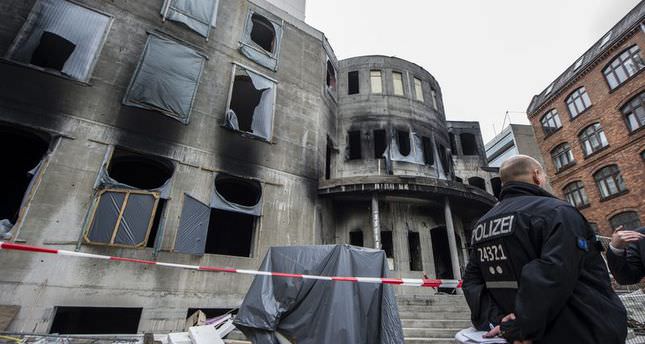 by Evrin Güvendik Nov 19, 2014 12:00 am
The Parliament's Human Rights Committee has finalized a report on arson attacks targeting mosques in Germany and concluded that, although the frequency of attacks increased, suspects remain at large.

The committee visited three mosques in Berlin and Bielefeld in August to investigate attacks targeting those sites.

The report, based on figures supplied by German authorities, shows 297 attacks targeting mosques including those built and run by the Turkish community between 2001 and 2014. Statistics show that an average of one or two attacks occurred between 2001 and 2011 and from 2011, this rose to an average of three attacks per month. Between 2012 and March 2014, 78 mosques were attacked.

Other interesting findings of the report include almost half of the racist attacks targeting the Turkish community in Germany specifically targeted conservative people and mosques.

The parliamentary human rights committee found that authorities failed to apprehend or find suspects in 244 attacks out of 297. "With the likely acquittal of suspects in some cases, the number of people going unpunished will increase. Lack of punishment against mosque attackers encourages those intent on conducting similar attacks and causes fear, anxiety and insecurity in German institutions among the Muslim community," the report's authors said.

Lawmakers who compose the committee said in the report that racism "unfortunately remains a disease of Europe that needs to be cured. It is a matter that can be resolved simply by means of law enforcement. Educating people and raising awareness in the society through media and nongovernmental organizations are needed to combat racism."

Focusing on an arson attack on the Berlin Mevlana Mosque in August 11, the report noted police officials' initial statements about the attack "that excluded the possibility of racist, xenophobic motives in the attack."

"These statements accompanied by German media coverage trivializing the incident and the hesitant approach of German politicians to the issue created sentiment in the Turkish community that they are being neglected," the report said.