Plebiscite to be held for Gezi Park's future: Istanbul Municipality 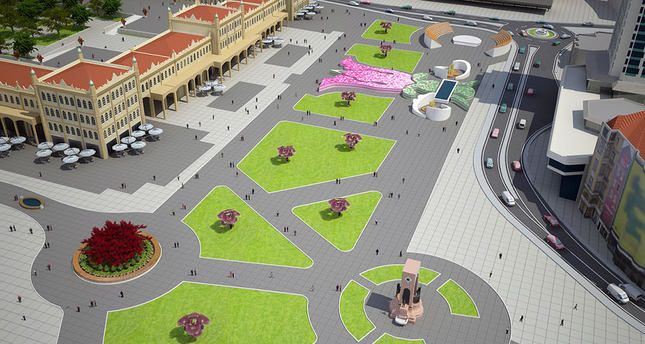 A plebiscite will be held even if the court takes a decision in favor of the reconstruction of the former Taksim Military Barracks to replace the Gezi Park, Istanbul Metropolitan Municipality said on Wednesday.

If the court suspends the construction of the historic barracks on the site, the project will be cancelled, but, if the court decides in favor of the barracks' construction, a public plebiscite will be conducted, asking the opinions of the public, the municipality said in a written statement.

The Istanbul Metropolitan Municipality said that they considered it necessary to make such a statement due to the ongoing various claims on the media outlets. The court process on Gezi Park's future is still continuing, so there is no new decision taken regarding the project, the municipality emphasized.

As for the municipality's inclusion of the construction of the barracks project in its 2015-2019 agenda of strategic plans, the municipality made the announcement that this is only a "routine and technical implementation."

Plans to replace the Gezi Park with the former Taksim Military Barracks -- demolished in 1940 -- sparked nationwide protests in Turkey in 2013.