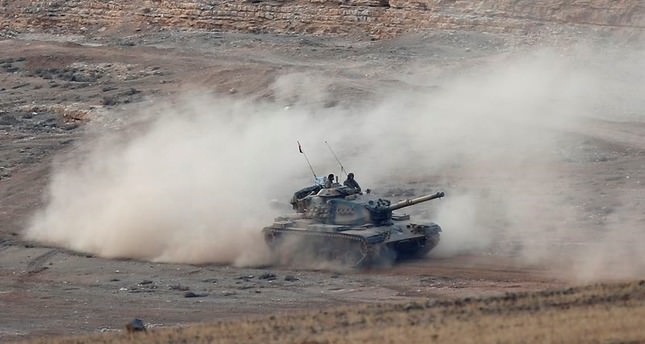 by daily sabah
Nov 19, 2014 12:00 am
Three mortar shells landed in Turkey's southeastern border province of Şanlıurfa on Wednesday. Mortars were fired from the Syrian side where PYD forces were engaged in fierce clashes with members of the Islamic State of Iraq and al-Sham (ISIS).

As mortar shells hit an empty lot in the town, no injuries were reported. Turkish troops fired six mortar shells at the Syrian side in accordance with its rules of engagement after mortar shells fell on the Turkish side.
Last Update: Nov 19, 2014 9:06 pm