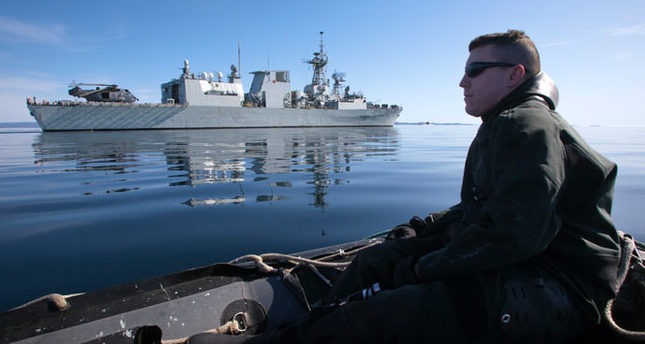 by daily sabah
Nov 20, 2014 12:00 am
The Turkish Ambassador to Canada has sent a letter of appreciation to the Canadian navy after five Canadian sailors on shore leave helped extinguish a fire in southern Turkey last week.

Soldiers from the HMCS Toronto were in the southern Turkish city of Antalya on shore leave after their vessel joined a NATO exercise in the Eastern Mediterranean. Seeing a fire erupt on the terrace of a hotel, the sailors jumped into action. Soldiers, four men and two women grabbed a fire hose outside the hotel and assisted the staff and locals to put out the flames before firefighters arrived at the scene.

Selçuk Ünal, the Turkish ambassador in Ottawa, telephoned the commander of the Royal Canadian Navy to express Turkey's gratitude for sailors' assistance and sent a letter of appreciation. Ünal said Turkey found it valuable that soldiers acted with a sense of responsibility.