ISIS suspect arrested again in Turkey after his release in France 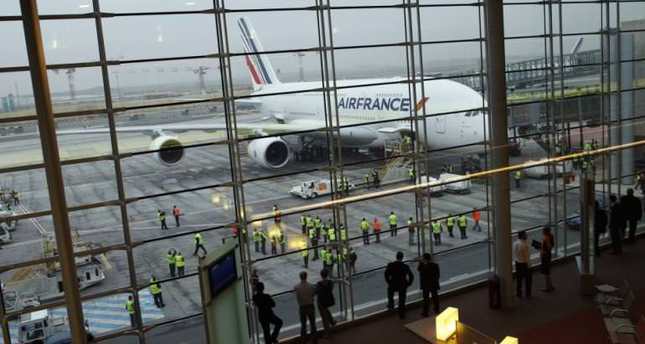 by daily sabah
Nov 21, 2014 12:00 am
Turkish officials have arrested a French national for the second time in southeastern province of Şanlıurfa on suspicion of attempting to join ISIS in Syria. The suspect was arrested in September for the same reason and deported to France.

The 26-year-old Faradje Abidat was arrested while attempting to cross from Turkey into Syria to join the Islamic State of Iraq and al-Sham (ISIS) in the Turkish southeastern province of Kilis in September and deported to France after being interrogated. After arriving in France, Abidat was questioned by French intelligence officials but released due to lack of evidence.

Turkish officials found out that Abidat had managed to escape from France, after three days of his release and entered Turkey again. After a close follow up by Turkish intelligence officials, Abidat was arrested in Şanlıurfa on November 7.

Thousands of foreigners from more than 80 nations including Britain, other parts of Europe, China and the United States have already joined the ranks of ISIS and other radical groups in Syria and Iraq. Many made the crossing via Turkey, flying into Istanbul or its Mediterranean resorts on Western passports, undetected among the millions of tourists who arrive each month. More are trying to make the journey, despite tighter border controls.

Turkish authorities have drawn up a "no-entry" list of 6,000 people, some as young as 14, based largely on intelligence from Western agencies, and have deported more than 500 suspected seeking to join the extremists this year alone. "Our partners say we don't know who's going until after they've gone. So it's also about radicalization, about what happens before these people leave their homes," said a senior Turkish official, declining to be named so they could speak freely. "You can't catch mice individually ... There are networks involved. We have to crush these networks."
Last Update: Nov 21, 2014 9:50 pm