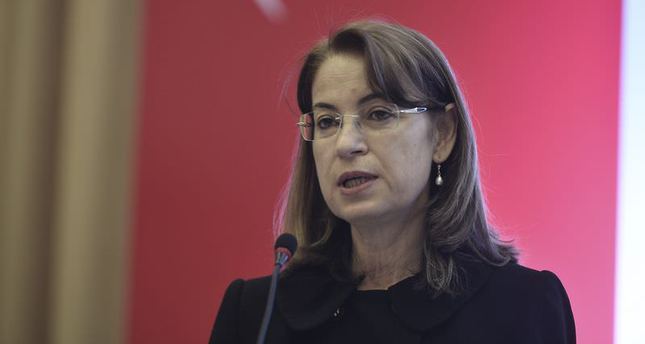 by daily sabah
Nov 21, 2014 12:00 am
Politicians, Turkish and foreign activists, academics and dignitaries are set to attend a two-day summit being held on November 24-25 which is being organized by Turkey's Women and Democracy Association (KADEM) and Family and Social Policies Ministry

KADEM officials said in a statement that the summit is committed to the elimination of gender-based discrimination in all its forms and the establishment of a just and democratic order.

The summit looks to shape an effective and scientific platform for a comprehensive debate of challenges women face, from domestic violence to discrimination in politics, business and other walks of life.

Organizers of the summit say the event will provide a stimulus for scientific research on universal issues regarding women and gender and contribute to the establishment and development of a body of literature on women's issues and approaches to tackle discrimination towards women.

The summit, which will be held annually in other countries, will be inaugurated by President Recep Tayyip Erdoğan and Family and Social Policies Minister Ayşenur İslam on Monday.

The event's agenda will address topics such as obstacles to the participation of women in decision-making and political life, the gender gap in wages, job distribution, female-specific poverty, problems of women displaced by conflicts and human trafficking, women's exploitation as objects of consumption in the media and combating violence against women and related social policies.

A ministerial level meeting will also be held at the summit with ministry representatives from Turkey, Azerbaijan, Bosnia and Herzegovina, Jordan, Pakistan, the Palestinian territories, Rwanda, Somalia, Tunisia and Turkish Cyprus.

The speakers at the two-day summit will include Regional Director for Europe and Central Asia at U.N. Women, Ingibjorg Gisladottir, representatives of the U.N. Commission for Gender Equality and Empowerment of Women, Moroccan and Palestinian women's rights activists, Turkish and foreign academics, journalists and businesswomen.