Seven soldiers injured in attack in the southeast 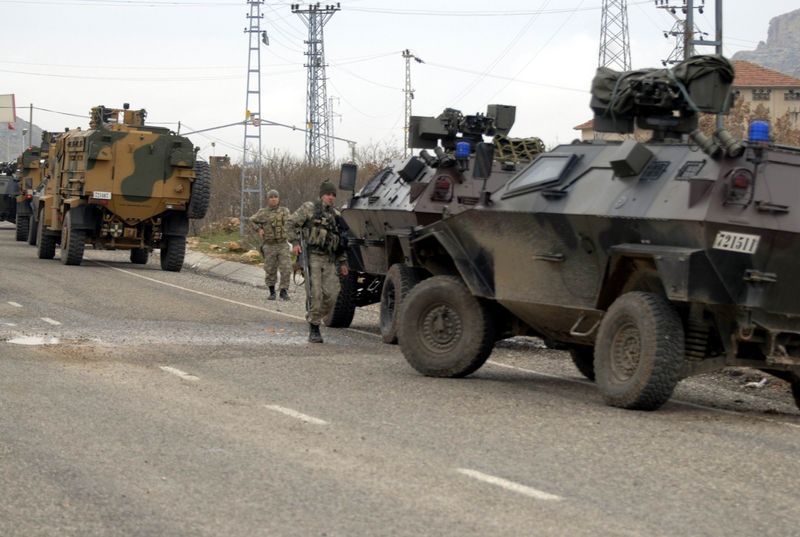 by Daily Sabah Dec 22, 2014 12:00 am
Six soldiers and a commander have been injured in an explosion in Mardin province's southeastern town, Nusaybin.

The explosion happened when the armored military vehicle carrying the soldiers ran over a mine during a reconnaissance task, according to a statement released by Turkish Armed Forces.

The injured military staff have been taken to Mardin Public Hospital.

There has been a wide range military operation launched to find the attackers in the region.