Man shot dead in his Bentley in Istanbul 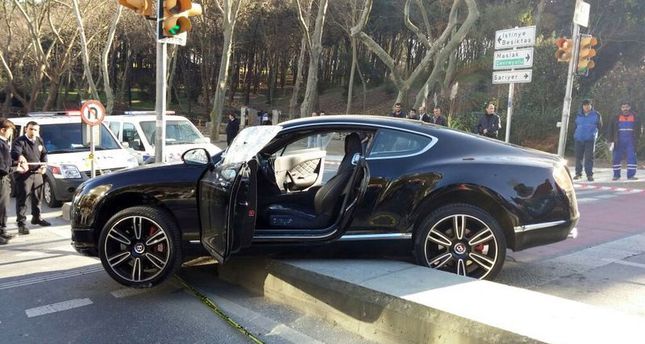 by Daily Sabah Dec 25, 2014 12:00 am
Man was killed by a spray of bullets after two unidentified assailants opened fire on the luxury car (Bentley) he was driving in the Sarıyer district of Istanbul, Doğan News Agency reported on Thursday.

The incident took place at the traffic lights in Istanbul's Istinye district around 1:00 p.m. on Wednesday. Reportedly, two assailants got out of their vehicle and approached the vehicle to fire rounds on it after the driver of the car Ali Ekber Akgün stopped at the red lights. Akgün who was hit by many bullets was rushed to the hospital where he later died. The assailants reportedly fled the scene following the incident.

Police, who immediately arrived at the scene after being notified by the bystanders, is reportedly investigating the possibility of an organized crime.

The vehicle of the suspects was later found abandoned in Sarıyer district. The investigation into incident is ongoing, according to the reports.