One dead in accident caused by strong winds 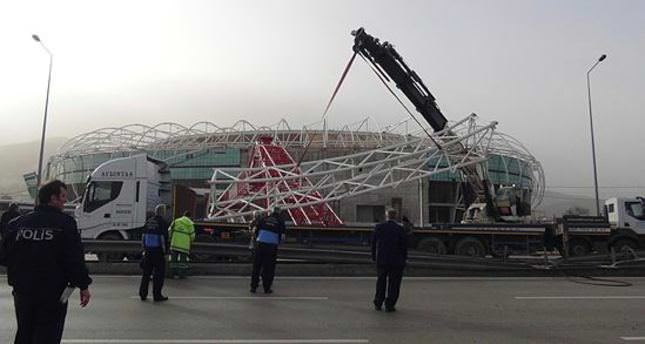 by Daily Sabah Feb 01, 2015 12:00 am
The powerful Southwester, referring to winds from the southwest, which appeared on Saturday and increased its force on Sunday in western Turkey has caused an accident in the Bursa province of Marmara region, killing one. The strong winds also caused a truck to overturn in İnegöl district of the province.

A vehicle traveling from Bursa to Ankara went out of control after a crane from a construction site of a stadium fell on to the vehicle while it was in motion due to strong winds. One person has been reported to have died in the accident.

The strong southwester also caused a truck to topple in the same province. The road was closed to traffic following the accident. After four hours of work the road was opened to traffic. The teams who carried out the works reportedly had a hard time due to the powerful winds.