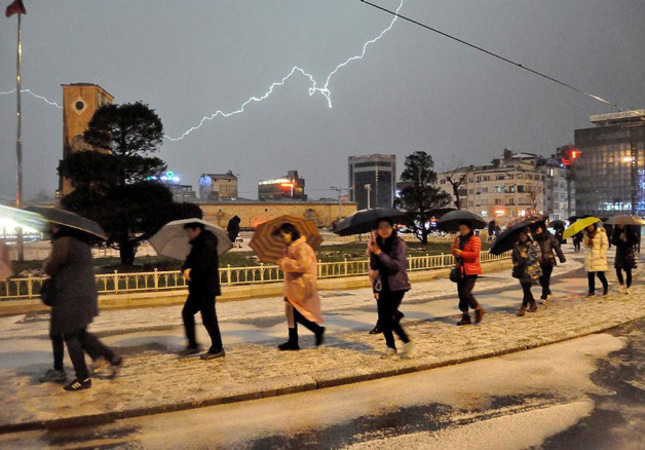 by Daily Sabah Feb 02, 2015 12:00 am
One day after strong winds in Istanbul toppled trees, caused roofs to blow off, forced cancelation of flights and public transportation, a sudden hailstorm has caught the people of Istanbul off gaurd.

The Southwesterly winds, or Lodos, as it is called in Turkey, are a regular occurrence during winter months affecting the Marmara region of Turkey. Over the weekend, winds reached speeds of up to 90 kilometers per hour.

Officials from the Meteorology Department warned that strong winds were expected to continue for the next few days in Marmara and the coastal Aegean regions.